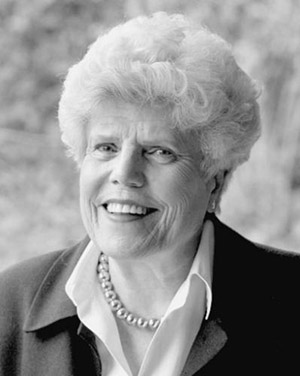 B.A. English, University of Utah 1945
Phi Beta Kappa
M.A. Creative Writing, 1970
Thesis, Spaces in the Sage, first of 14 published books, latest The Place of Knowing, A Spiritual Autobiography, about my death experience, in audio on Amazon, in print 2010 by Gibbs Smith, Publisher.
Author, columnist, often anthologized, lyrics to much recorded and translated LDS hymn, Where Can I Turn for Peace?
Average 50 speaking engagements per year
Prayers at the Utah Legislature, House and Senate, 2002-2008

Teacher junior high, Olympus and Murray, 1947-1949
Part time instructor Department of English, University of Utah 1946-1986
Coach U of U Women’s tennis 1964-1967
Teaching currently in U of U Osher Lifelong Learning, “We Are Our Stories” for people over 50 writing about their lives. Fun!

Lucky lady. Fed by friends and family like and unlike me.
Bionic – 29 surgeries, new knee, 2008, still playing!