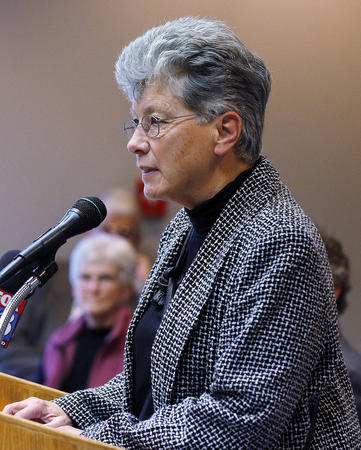 My formative years were spent growing up on a South Dakota farm with five brothers. I received my BA from Augustana College (Sioux Falls, S.D.) in 1966, and completed my PhD at the University of Utah in 1984.

I believe that Human Rights provides the fulcrum, globally as well as locally, to upholding the dignity and fulfilling the potential of every human being. My association with Amnesty International, the 1977 Nobel Peace Prize recipient, includes serving as the advisor to Amnesty’s active WSU campus chapter (1989-2013), and as the Utah coordinator for Amnesty’s “Denounce Torture” campaign (2004-05). I was also a member of Amnesty’s Western Educators’ Committee (1995-2005).

As a board member of the Barbara L. and Norman C. Tanner Center for Non-Violent Rights Advocacy at the University of Utah (2007-12), I participated on the staff planning committee that inaugurated the Utah Citizens’ Counsel. Post-retirement, I was honored to be asked to join the Utah Citizens’ Counsel whose work seeks to engage Utahns by advocating public policies that benefit all Utahns.

Currently, I am a board member of the United Nations Association – Utah, and a public member of the Ethics and Discipline Committee of the Utah Bar Association. For nearly forty-five years my husband Paul and I have lived in Salt Lake City. Our married daughters (Liz and Kat) and our three grandchildren (Kirsten, Aidan and Camilla) also live in the Salt Lake valley.