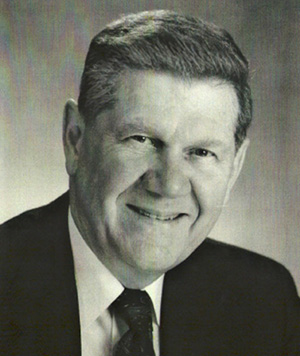 Utah Technology Finance Corporation; Trustee (1986-1995), Chairman of the Board (1989-1995), a non profit corporation chartered by the State of Utah to promote moving high- tech innovations to the market place.

Local Government Activities; Co-chair of ad hoc group to restructure Provo City municipal government; author and sponsor of legislation authorizing the restructure of local government in cities of the First and Second Class.

Government of Israel: In company with six other American State Legislators, invited to

review Israel’s hopes for peace and well as its plans for maintaining its military strength; over a period of one month the team was given total access to all areas of the country, meeting with key cabinet ministers, and attending debates of the Knesset.

Republic of South Africa. One of eight American State Legislators invited to review the Government of South Africa’s proposed revision of its Constitution; meeting with government officials, labor and opposition leaders, attending parliamentary debates, and visiting with local businessmen throughout the whole of South Africa over a four week period, August, 1980.

Warren Burger Task Force on Prison Industries; One of ten Task Force members studying prison industries in Denmark and Sweden with the objective of identifying areas for adaptation to United State prisons (1983-1986).

“Excellence in the Advancement of Public Personnel”, 1981, presented by the Governor of the State of Utah and the U.S. Office of Personnel Management.

Special Representatives for The Church of Jesus Christ of Latter-day Saint to United Nations Ambassadors and Consuls General in Greater NYC, August 1997 through March 2000.