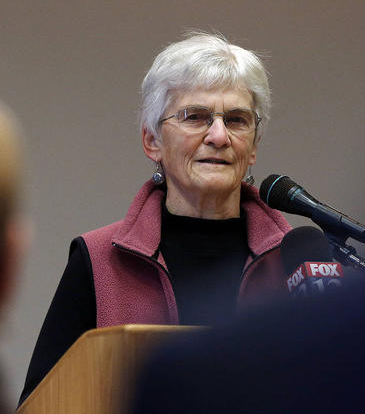 I have lived in Salt Lake City since 1971, when I moved here from the Midwest with my husband, who accepted a faculty position in the Communication Dept. at the U of Utah.  We have lived in Holladay since that time.  We raised three daughters and learned to enjoy the mountain west so much I will never be able to leave the area.

During my early years in Salt Lake, I was a full-time wife and mother, and gradually added more and more hours of community service through the League of Women Voters.  In 1975, I accepted a position with Utah Issues Information Program, a state wide low-income advocacy group.  I became director of that organization in 1981 and served until I became the founding director of the Lowell Bennion Community Service Center at the University of Utah in 1987.  In 2001, I moved from that position to become the founding director of University Neighborhood Partners, a U of U agency linking the campus and west Salt Lake City neighborhoods.  I retired from that position in 2006.

My entire career has been focused on community service, beginning with my years with the League of Women Voters, where I served in a number of volunteer positions, ultimately serving as President.

I strongly believe that our society could better address our shared community problems if we were better able to communicate with those with different opinions and approaches.  I hope that this group will be able to successfully model that ethic through consensus decision-making and other group processes in a way that advances public knowledge of the strengths of this strategy.  I hope our success with consensus decision-making will enable us to offer solutions to current state and local problems that bring the broader community together around shared solutions.  Our current polarizations have become one of the biggest barriers to success public problem-solving.  Perhaps the Citizens’ Counsel can make a modest contribution to overcoming that barrier.