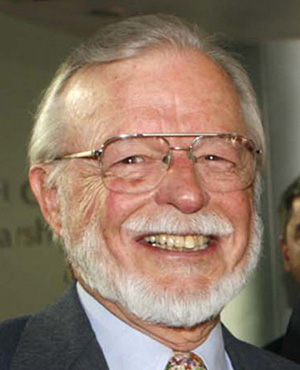 Following graduation with a Bachelor of Arts degree from the University of Oregon and two-years U.S. Army service I found journalism with, first, a weekly newspaper and, subsequently, a six-day-a-week daily, both in rural Oregon. From there, five years later, 35 years — 1962-98 — in the Salt Lake Tribune newsroom ensued, 30 with the editorial department, 13, until retirement, as The Tribune’s editorial page editor and chief editorial writer.

Acquiring a personal focus on global matters as well as the significance in local events, Latin America and the Middle East became geographic areas of particular interest. And The Tribune afforded opportunities to travel extensively in both regions, with delegations from the National Council of Editorial Writers, interviewing government, political and social action leaders in an effort to acquire a more intimate perspective on contemporary events impacting the affected nations and to what degree that related to the United States and Utah. Resulting Tribune editorial page content led to the 1990 Inter-American Press Assn. award for advancing Inter-American understanding. Salt Lake City’s late Esther Landa sponsored a tree planted in Jerusalem recognizing Tribune editorial page columns authored following fact-finding visits in the Middle East, especially Israel, and editorials commenting on subjects pertinent to that troubled region during turbulent times. Helpful to similar work was membership in the Salt Lake Committee on Foreign Relations, of which I am proud to be a former president.

The Tribune’s editorial department during my editorship also received the American Civil Liberties Union of Utah’s 1989 Cliff Cheney Memorial Journalism Award, “in recognition of … editorial support for individual freedom, the rights of minorities and defense of the Bill of Rights.”

Simultaneously active in Utah’s chapter of this country’s largest working journalist organization, the Society of Professional Journalists, I served as the chapter’s president and subsequently six years as a board of directors member at the national level, receiving the chapter’s 1985 Clifford P. Cheney Service to Journalism Award. Compliment to that was the University of Utah Communications Department’s 1980 Service to Journalism Award. The Utah Headliners Chapter, Society of Journalists, at my retirement, presented me a lapel pin for services to Utah journalism. In all this resided an emergent inclination to assist in fostering more alert and informed understanding of daily occurring events, whether domestic or foreign, so a concerned public could properly judge and act on appropriately sustained or ameliorating values, principles, policies and purposes. Association with the Utah Citizens Counsel became a conspicuously natural fit.