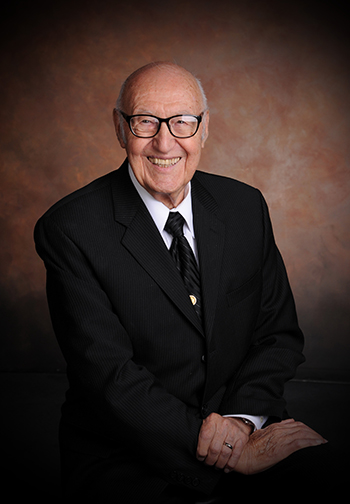 Donald was born in Bugnara, Italy to Italian parents. He lived in Italy until he was 6 years-old, until his family moved to the U.S. in 1932. Don earned his doctoral in Educational Administration from the University of Illinois and has served as superintendent of schools in Illinois, New York, California, and Utah. He has consulted with the Soviet Union government at the request of Mikhail Gorbachev and has also corresponded with U.S. presidents Richard Nixon, Gerald Ford, and George H. W. Bush. Donald’s dedication to public education has earned him several awards including the Civil Rights Worker of the Year Award (1978) and the Martin Luther King, Jr. Citation (2013) from the Utah Chapter of the NAACP, the George Washington Medal for Character Education in the Salt Lake City Schools (1983), and the Educator of the Year Award from the Horace Mann League (1997). Don has 3 children: 2 boys and a girl. He is now married to Janet Thomas.